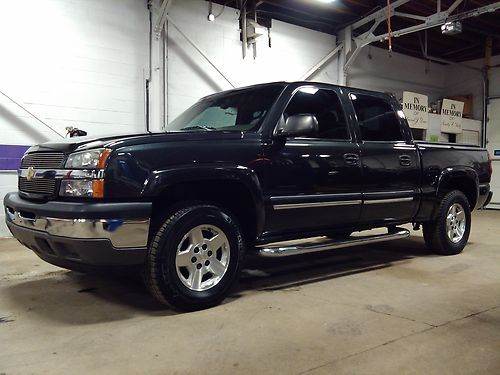 Condition: Used: A vehicle is considered used if it has been registered and issued a title. Used vehicles have had at least one previous owner. The condition of the exterior, interior and engine can vary depending on the vehicle's history. See the seller's listing for full details and description of any imperfections. ...
2005 CHEVY SILVERADO CREW CAB SHORT BED 4X4 5.3 -- BLACK METALLIC EXTERIOR ON CHARCOAL GRAY INTERIOR -- BRAND NEW ENGINE / TOP END - RUNS BEAUTIFUL!! - AUTOMATIC - POWER WINDOWS - POWER LOCKS - POWER DRIVERS SEAT - POWER SIDE MIRRORS - TILT - A/C - CRUISE - CD PLAYER - ECT. -- If you've been looking for that deal... HERE IT IS! - NO RUST - DOESNT SMOKE - DOESNT TICK - DOESNT LEAK - Fully Serviced and needs NOTHING! Mileage is only 127,xxx
A1 AFFORDABLE TOWING / AUTO & TRUCK
EMAIL OR CALL
508-580-2188