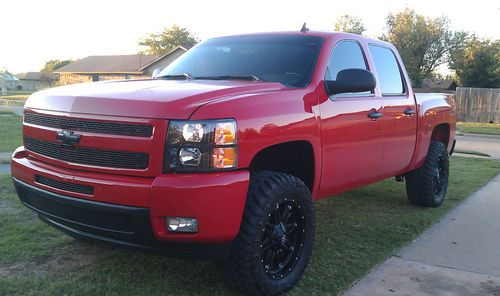 53992 Miles at the time of listing, daily driver so miles will increase some. I am the second owner, I knew the first owner and bought it directly from him at 40k miles. It was a stock truck then, I had all the addons done in October of 2012. Only bad on this truck is there is no spare tire or jack and the passenger rear window tint has about a 4inch scratch in it. Non smoker. Interior is your basic cloth interior, nothing fancy, nice and clean black in color. Power windows, locks and dual climate control. Remote start. I have removed the decals that are in the bedsides in the pictures, they were cheap and faded after just a few days.

Fun nice looking vehicle, I just need to get me something more practical for daily highway driving. If you have any questions feel free to ask. If you think you have a decent offer to make, feel free to do so. I have it listed other places, I don't expect it to last through the week. High bidder wins, if it goes the full week. $500 deposit due through paypal within 24hrs of auction ending, no exceptions to that, If I don't receive the deposit it will be offered to the next highest bidder. Don't have the $ Don't BID. Wire or cashiers check for the remaining balance within 5 days. All funds must clear before release or pickup of the vehicle.