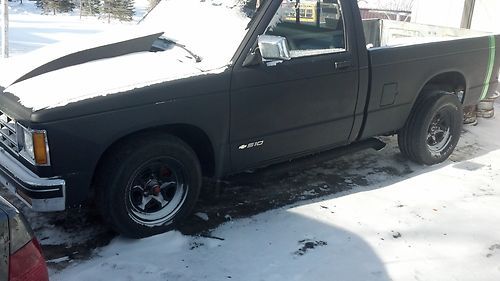 Well... where to start... THIS TRUCK IS FAST! This has been run at BIR (Brainerd International Raceway) in Brainerd, MN with runs at 11.87 @ 115MPH. It was also given the "Best of Show', and "Best of Quality" awards at the 2011 Lone Eagle Auto Club show in Long Prairie, MN.

So, for detail on the modifications done:

THE BAD!!!: transmission is slipping really bad, way to much power for a stock transmission, it is somewhat drivable but needs a rebuild BAD.

highly recoamend to have your local transmission builder build a tranny to handle 500+ hp and with a 2500 stall converter. I have also found rebuilt tranny's on EBAY that would work for as little as $500.

Selling because I'm moving into stock car racing and can't afford to keep too many mod motors running at once.

Message with any questions.