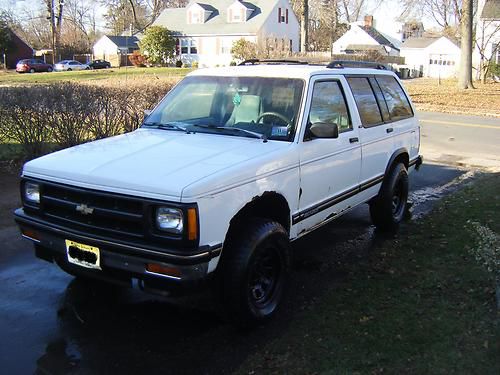 PLEASE NOTE:
This truck does need work, and will need to be towed away.
It has been sitting for about year.
Main things it needs is a new exhaust, fuel injection system, and good tuneup/oil change.
May need more, but thats the big things that I know of.

Many new parts in the 3 years I have owned it.
I have most of the receipts for the work on the truck.
They tally up to over $5500 in parts/labor.
Not including the original price of $2000 I paid for the truck.

Car does need some more work to get it up and running again.
The interior is nice & clean and there is a small crack in the windshield.
The drivers window falls forward a lot and needs a new track guide.
Does have some rust on wheel wells and bottom of doors.

The car has a clean NJ title.
Must be picked up in South Plainfield, NJ.
Payment is to be made Cash In Person.

I am leaving for the Marine Corps in April and need this truck gone ASAP.
All the money I make from it will go towards paying for college when I return.