Chevrolet Other Pickups Standard on 2040-cars 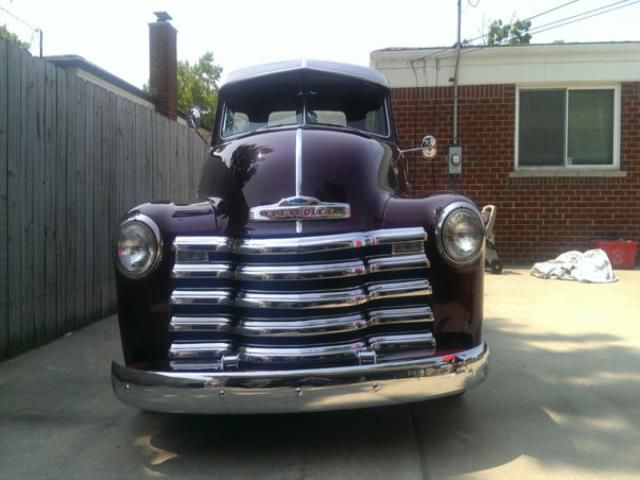 This 1949 chevrolet pick-up 3100 searies 5 window deluxe cab, with a custom mix purple paint job. The truck looks original from the outside but thats all, the front clip is bolted together and tilts foward for easy access to the 1971 camaro front clip grafted to the original frame to hold the 383 stroker engine with a b&m mega blower and twin 600 cfm edelbrock carbs, edelbrock heads, msd ingition an a 400 turbo automatic trans all going to a 1991 corvette rear end with 3.73 gearing. truck has power sterring and power brakes all sitting on american racing equipment wheels with bf- goodrich t/a tires, fronts are p235 an rears p255. Interior has a 6 way power bench seat rose color frabic, original gauges and dash, also has a overhead console with steward & warner gauges an a kenwood stereo, side windows are tinted. The wood in an on the bed is all oak with a clear finish.