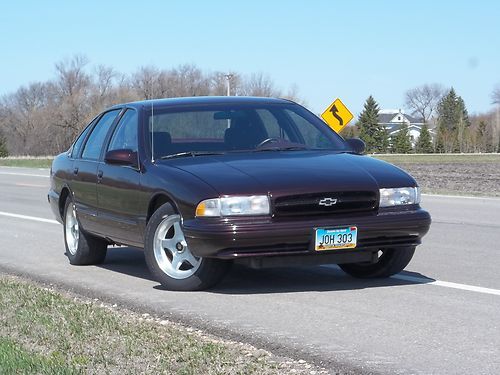 This is a four door Corvette. This car handles extremely well because of the interceptor package. Over $13,000 was spent restoring this car at SHAHEEN RESTORATION, INC, basically the entire car has been gone through and restored. I have had 373 rear end gears installed and the speedometer reprogrammed, this car will easily go over 140 mph. IT also has slotted drilled front disk brakes for exceptional braking power. here is a small chip in the passenger side mirror that could easily be replaced. I have thoroughly enjoyed driving this car for the past three years.