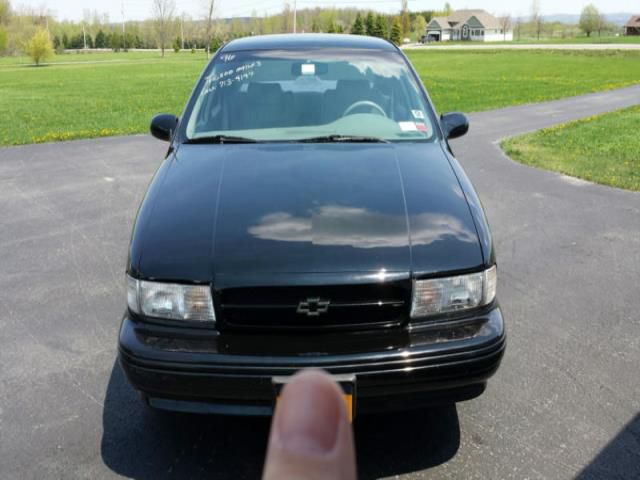 for sale is a 1996 chevrolet impala SS that I bought 3 years ago when I retired. I bought it with 38k on it and it has 46k on it now. I really like this car but for how little I use it I can no longer justify having it. it is a very nice car and it runs and drives great. it has-46000 original miles-Leather Interior-Power Driver Seat and Passenger Seat-AM/FM CD Player-Air Conditioning-Riken Raptor Z rated tires that are like new-K&N Cold Air Intake-Pypes catback dual exhaust(I also have the stock exhaust if interested) please feel free to ask any questions, and please bid with confidence as this is a very nice car in exellent condition. the car can be seen in person. please message me with your contact information. thank you for looking and happy bidding.