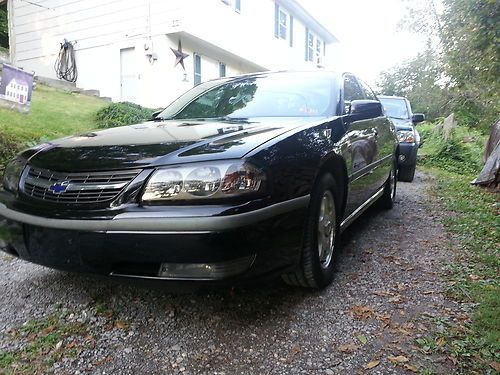 Condition: UsedA vehicle is considered used if it has been registered and issued a title. Used vehicles have had at least one previous owner. The condition of the exterior, interior and engine can vary depending on the vehicle's history. See the seller's listing for full details and description of any imperfections.Seller Notes:"Car has a few scrathes. Normal wear on paint for an 11 year old car"

Car has LESS THAN 60,000 MILES with a strong 3.8 L V6. Has tinted windows, an lots of options. Traction control, cruise, power everything, dual climate controls, cd player, On Star, Home Center with 2 built in programmable garage door opens, average fuel mileage, instant fuel mileage, fuel range, outside temperature, etc. Car has normal wear in paint for an 11 year old car, but no rust! The interior is in great condition with no rips or burns. Car is very clean inside and out. Runs and drives great. Gets great gas mileage. Tires have good tread. EVERYTHING WORKS. Very nice car with low miles! Car books for $5,600