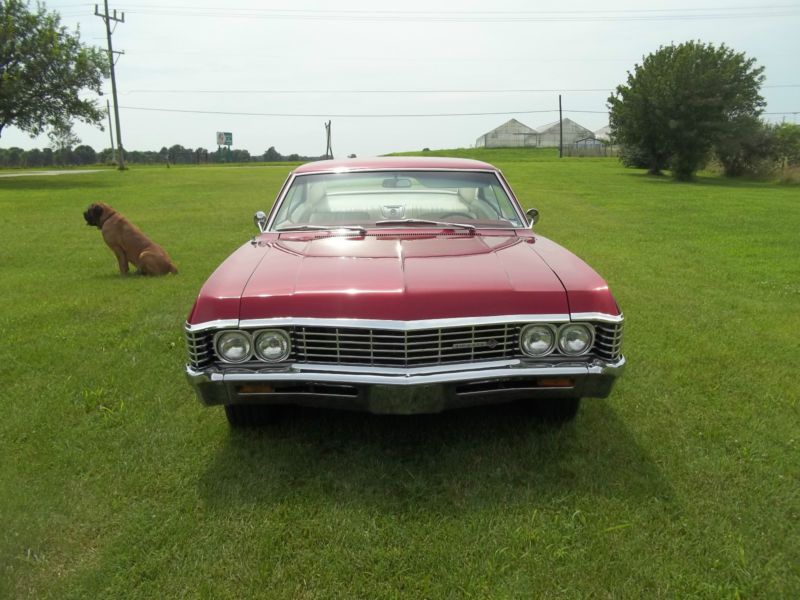 This is a beautiful car in and out. It had a frame off restoration 3 years ago. The paint is DuPont chromabase
and clearcoat. It is called inferno red. I am the third owner of the car and the 60575 miles are original from
day one. Almost every part on the car was either rebuilt or replaced with new ones. All wiring harnesses were
replace with factory harnesses. I am lazy and don't want too list all of the parts but if you call I will be glad
to tell you. The interior was completely done and replaced including head liner, door panels , etc........