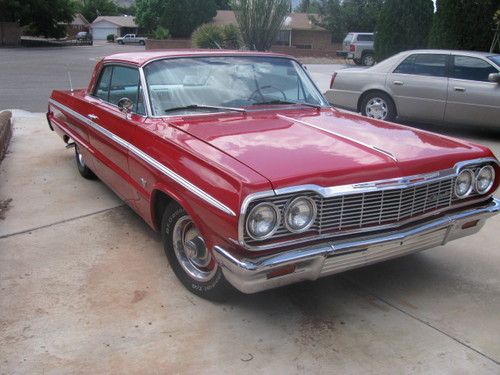 This 1964 Chevrolet Impalla SS runs and drives great. It has an older restoraton and has a few blemishes. It looks great from ten feet. The  interior is in great shape and looks new.The A/C works great and blows cold. I only drive it once or twice a month and want to buy a new car,so I need to sell this one. It has PB and PS that work great. I  live in New Mexico and got ths car in Arizona so it is a rust free  desert car. Call me with any questions.KEN 575-437-6241. Will assist with shipping.Buyer is responsable for getting a shipper and cost of shipping. Thanks for looking.