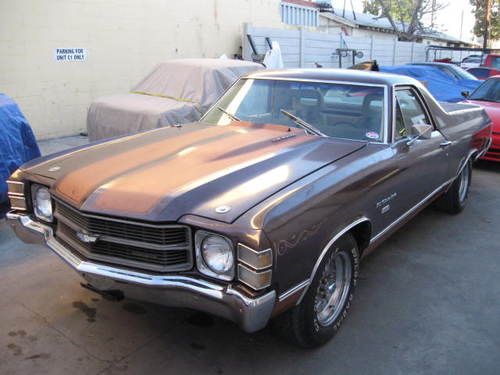 I have a 72 Chevy El Camino with a built 350, 4 speed transmission, Nitrous Oxide, Ladder bar suspension, 12 bolt posi rear end, This was a show car at one time w/Custom interior and paint. Straight body, no dings or rust holes. too much to list, call for more info. Serious inquiries only please. 818-365-8585 Ask for Mac.  I am not a big texter so phoning or email is perferred.
I also have may more pictures and info that are in my other camera. I will be posting them od r will send upon request.  I bought this car to restore cause it has all the good stuff, but I just have too many projects going to finish her.