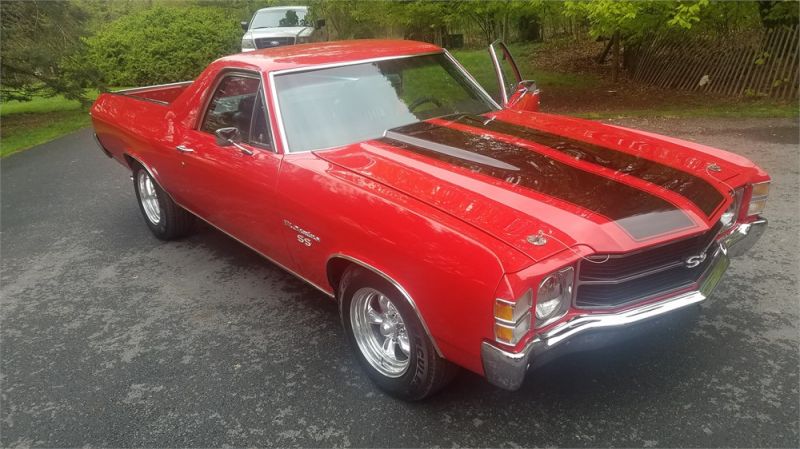 For more details eMail me : inelnafor1987@gmx.net This 1971 Chevrolet El Camino has been described by the seller as a pristine example having recently gone through an extensive restoration process leaving nothing untouched. Power is sent to the rear wheels by a modified 350ci V8 crate engine paired with a TH350 automatic transmission and 12-bolt rear end while equipment includes power steering, power brakes, factory air conditioning, custom stereo, and more. inished in red, features include black racing stripes, "SS" badging, hood pins, chrome bumpers, and trim pieces. .. Shifting is managed by a TH-350 automatic transmission equipped with a B&M stall convertor and exhaust sent to its rear exit through a set of Hooker long tubes and a 2.5-inch Flowmaster system.