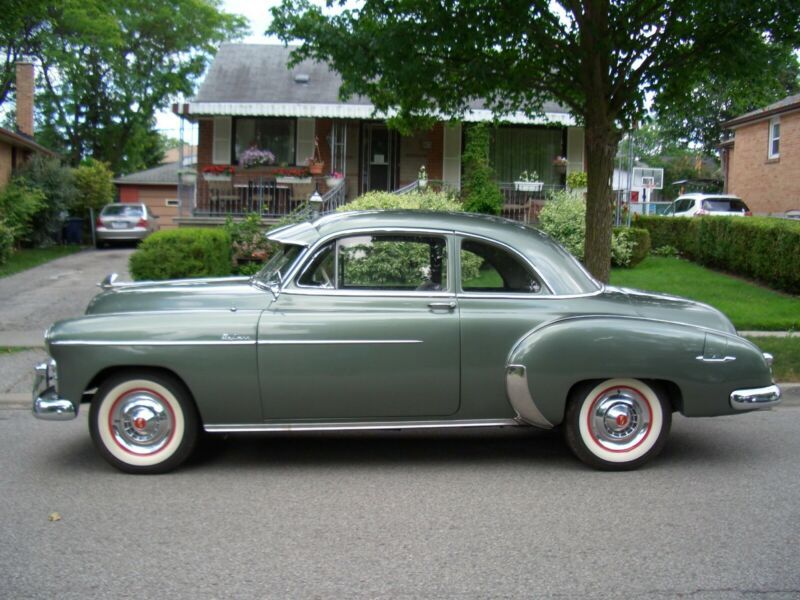 SELLING A MINT 1950 CHEVROLET DELUX SPORT COUPE (SLIDING REAR SIDE WINDOWS) CAR HAS NEVER HAD ANY BODY WORK AND
IS IN ORIGINAL UNRESTORED CONDITION (except for paint) CAR WAS REPAINTED IN THE ORIGINAL COLORS ,AS, THE ORIGINAL
LACQUER WAS BEGINNING TO CRACK (spider web effect )