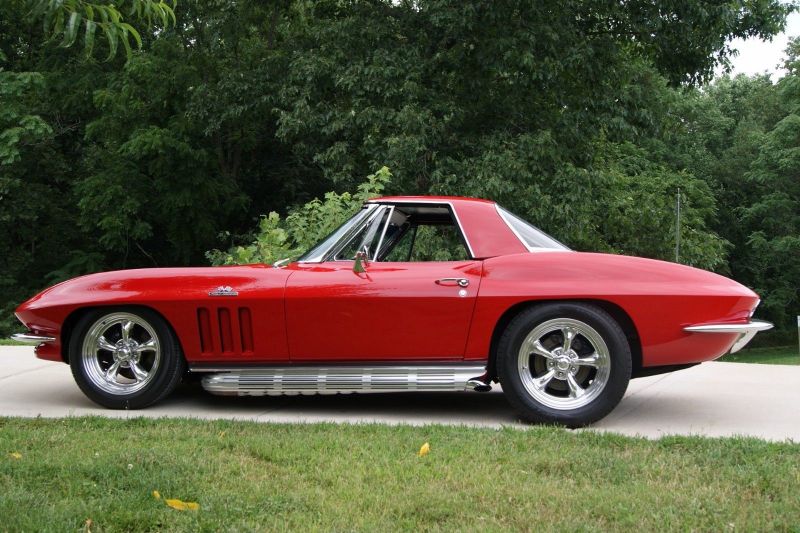 Send me questions at : winterbauergratia@yahoo.com Very nice car, professionally restored. 427, 4 spd, side pipes . Hard top and convertible top, Currently has wheels that are shown in pictures on it. I have all documentation. This car is a real head-turner.