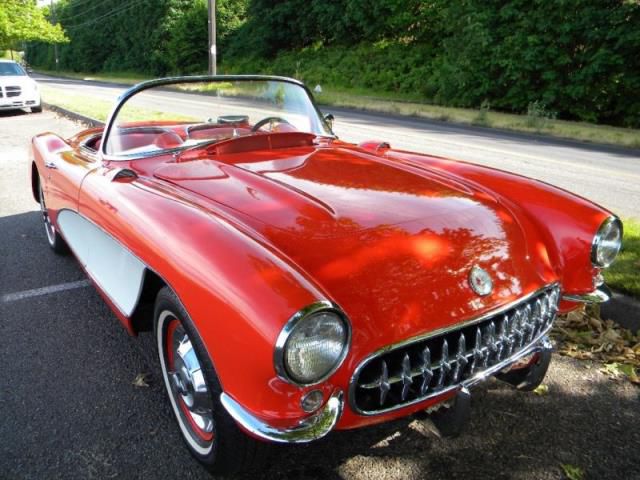 This is a private owner car and we would welcome your questions : hendersonw53rollie@tushmail.com

Beautifully restored 1957 Corvette. Last year of the single round headlight. Drives and looks like it it rolled out of the showroom in 1957. Bought it for my wife but she doesn't like to drive it. It's too beautiful to chop up and add modern amenities to, so here it is for someone else to enjoy or collect. Every detail was attended to in the restore. New soft top has only been put up once. 12v system. Dual electric fan so it won't over heat. New heater box by Vintage Air. Chrome is beautiful. Just taken on a 3 hour drive on the freeway with no problems at all. Did 70 mph most of the way. You can win local shows and still drive it anywhere.