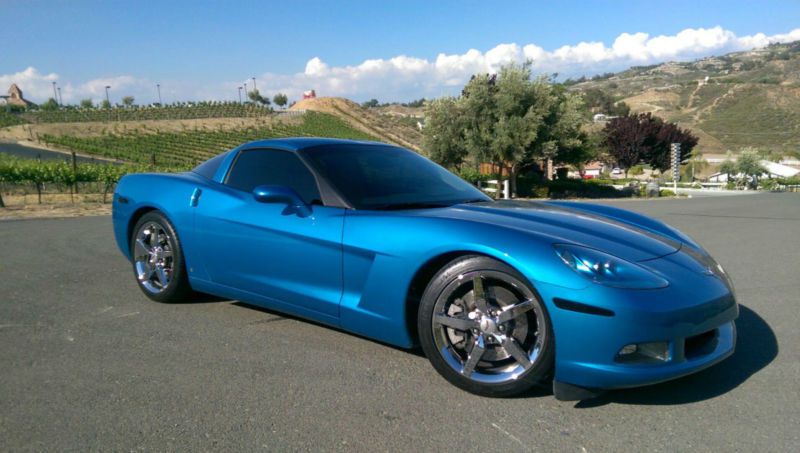 6 Speed Manual 2008 Jet Stream Blue Chevrolet Corvette Z51 LS3. Car has 31,000 miles, has absolutely no issues,
paint is excellent, interior is excellent. I had the pleasure of putting around 4,000 miles on it since I bought
it, and they were the best miles I've ever driven. Very well taken care of, ALWAYS garaged over night. I bought a
fitted car cover for it and if I know it's going to be left outside for over an hour it goes on. Car gets a full
detail every 2-3 months. I'm going to be moving and I will no longer have a garage so unfortunately this amazing
car is now for sale. The car is registered in California, I have the title in hand and if sold in California a smog
certificate will be provided.