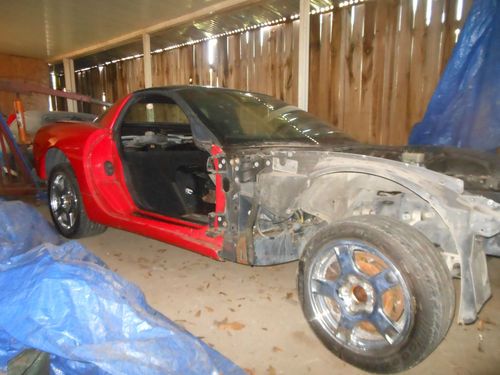 heres a  99 targa top vette  rolling chassis  it is a  six speed car  comes as seen in pics  front suspension  and rear suspension  rotor to rotor wheels and tires   rocker moldings  front  right and left wheel wells   right  and left rear quarter panels  rear lift hatch rear fiber glass tub  glass targa top  steering wheel and coloum  brake and clutch pedals  dash pad   .  car will be  ideal  for someone looking to make a track car to play with at  the track or  as a donor for a street  rod project .   dont have title to car  will be  sold with bill of sale  you can file  to  get a title for the car   ask any questions u may have   buyer is responsable for pic up and delivery of vechile  thanks and happy bidding