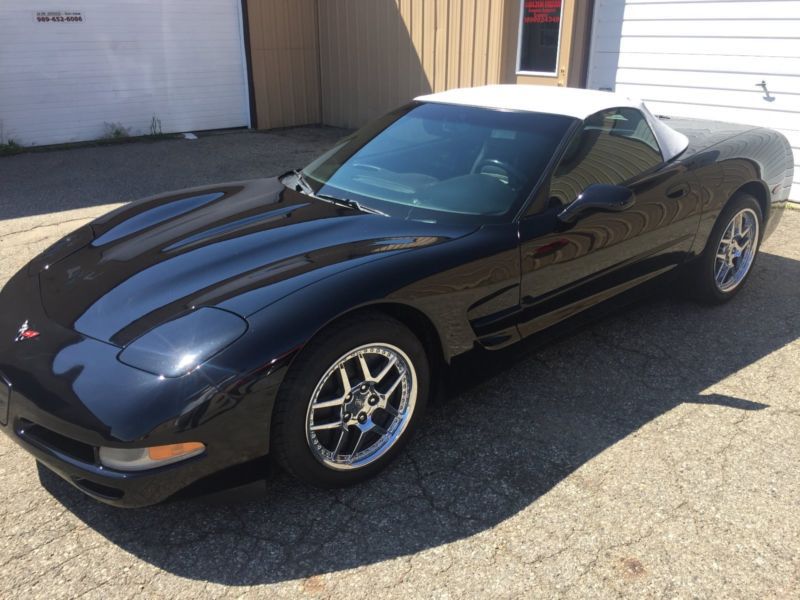 If you have any questions feel free to email me at: tobytggrosland@uklandlords.com .

For sale is a 1998 Chevy Corvette convertible. This is a two owner vehicle. It has 74k babied miles. Car is in
great condition and runs excellent. Newer tires, convertible top, heater blower motor, head light motors and
control modules and brand new starter. Vehicle needs nothing. There are no issue lights on dash. Black leather
interior with a white top.