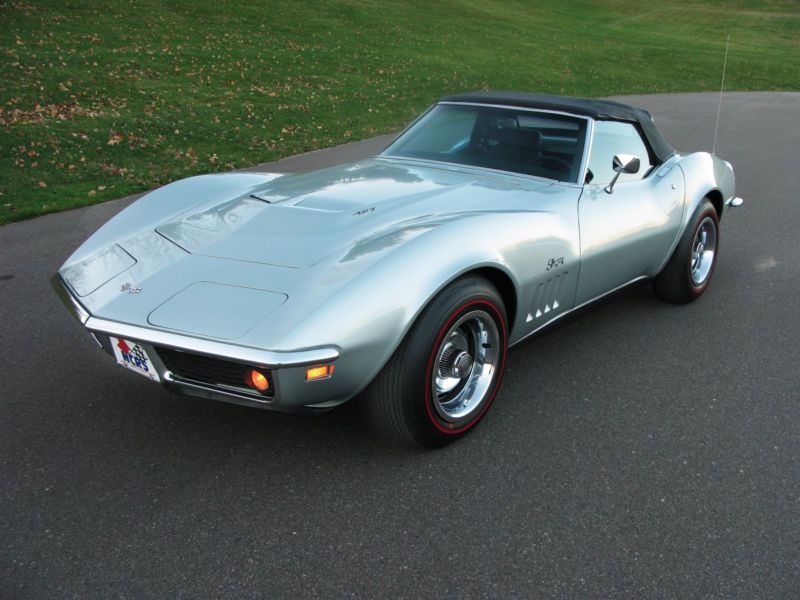 1969 Corvette Convertible – 427/390, 4-speed, a/c – MOSTLY ORIGINAL SURVIVOR
Matching numbers driveline with 68K miles, original glass (including windshield), T3 headlights, shocks, and
exhaust–Cortez silver with dark green interior. Ordered by a serviceman from Bakersfield, CA in April of 1969 at
Frank Chevrolet in Portland, OR, built the second week of October and in December, exported to Germany where he was
stationed. The car came back to California and was sold to the second owner in May of 1974 with 52K miles, who kept
it garaged until 2000 only putting 7K miles on it. From that point on it has always been in collector car care.
Added 7/23 after just recently getting in touch with the second owner—
The car was refreshened in 1975 by the second owner. It was repainted in the original Cortez silver acrylic lacquer
purchased from Chevrolet and hand-rubbed. The door jams and area around the hideaway headlights are original paint
yet.