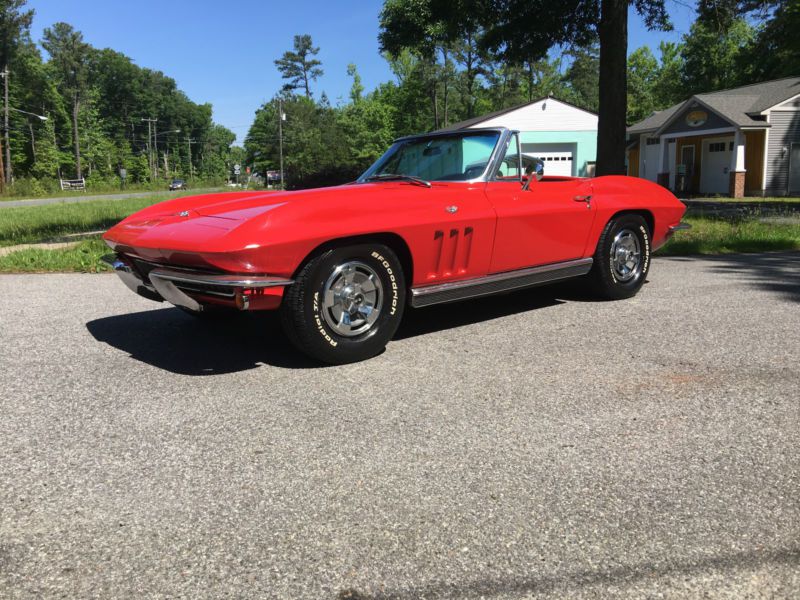 ANY QUESTIONS JUST EMAIL ME: amiaaalea@southamptonfans.com .

1966 CHEVROLET CORVETTE CONVERTIBLE RALLY RED WITH BLACK INTERIOR (ORIGINAL COLORS). NON ORIGINAL MOTOR 350 (ENGINE LOOKS CORRECT WITH ORIGINAL INTAKE AND VALVE COVERS) ORIGINALLY A 327/350HP CAR, 4 SPEED, THIS CAR RUNS AND DRIVES GREAT!! OLDER PAINT WITH A NICE SHINE.THIS CAR WAS LAST PAINTED IN 1981. THIS IS A DRIVER QUALITY CAR THAT YOU CAN TURN THE KEY AND ENJOY!