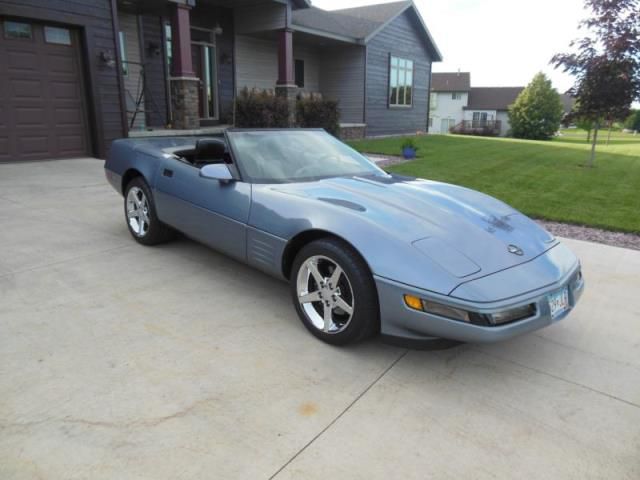 Feel free to call or email with any additional questions : thzperelessoloist@mynet.com

FOR SALE I HAVE A SUPER RARE STEEL BLUE METALLIC (1 OF 162) MINT CONDITION 1991 CHEVY CORVETTE. SPECIAL ORDER STEEL BLUE METALLIC ONLY OFFERED IN 1990 AND 19916 SPEED MANUAL TRANSMISSION350 V 8 ENGINERIDE CONTROL, 3 MODES TOURING, SPORT, PERFORMANCE WITH THE TURN OF A SWITCHDUAL POWER EVERYTHINGI BELIEVE IT HAS EVERY OPTION THAT WAS OFFERED MAKING IT EVEN MORE RARE THAN 1 OF 162$3600 IN BRAND NEW CORVETTE C 6 WHEELS WITH BFGOODRICH TIRES1 OF 162 SPECIAL ORDER STEEL BLUE COLOR, ONLY AVAILABLE IN 1990 AND 1991