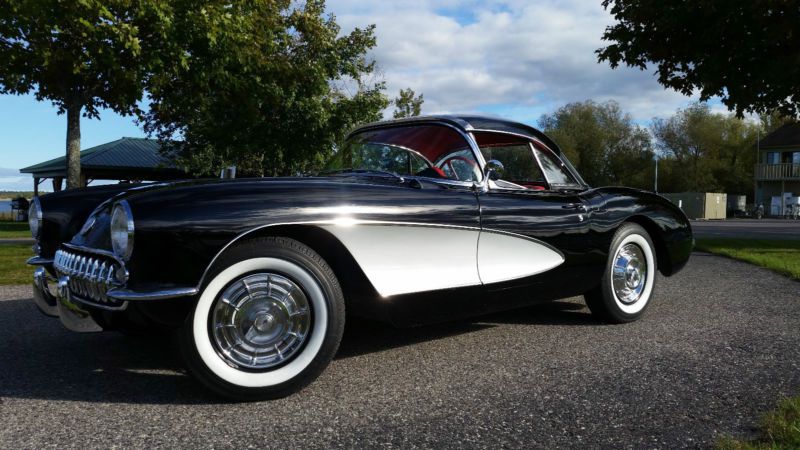 E-Mail Questions at: annaapprodan@fulhamfans.com . Original C1 283 V8, Hard & Soft Tops, Full Restoration. After 55 years of ownership, we are offering our 1957 Chevrolet Corvette for sale. The car has an Onyx Black exterior with Inca Silver coves, over a Venetian Red and Onyx Black interior. This car is a 220 HP 283 V-8, with Powerglide transmission, and includes both Hard & Soft Tops. This 1957 Corvette is also one of 1393 Powerglide Corvettes built in 1957. It is a “numbers matching” car with the original equipment and options of: 220 HP- 283 cubic inch V-8, single Carter 4 barrel carburetor, Powerglide transmission, Wonderbar AM Radio, Heater, Courtesy Lights, Auxiliary hardtop, (car has both hard and soft tops), Two Tone Paint, and, Whitewall Tires.