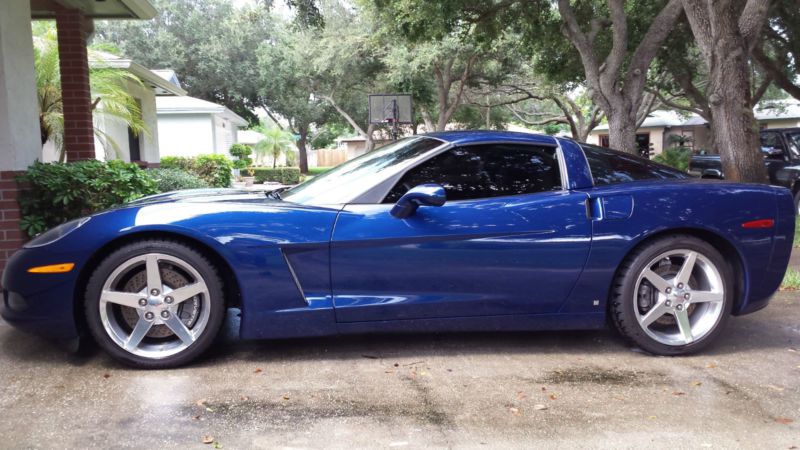 Please contact me at : jessjsseabrook@ukhome.net .It's a LeMans Blue Z51 with Titanium Grey leather. I've owned this car since 2008 and bought it with less than 4k
miles on it. I know almost the entire history of the car.
It lives in my garage and has only been in the rain a few times. I have other vehicles for bad weather.
It is mostly stock as I feel the car is complete as is, but I did change a few things, listed below:
- MGW short throw shifter installed
- Skip shift eliminator installed (you can now shift into 2nd like a normal car)
- Ceramic brake pads
- K&N Air Filters
- Aftermarket Sound/NAV system using MB Quart speakers and a Kenwood amp (inline adapters were used and no factory
wiring was cut or otherwise altered)