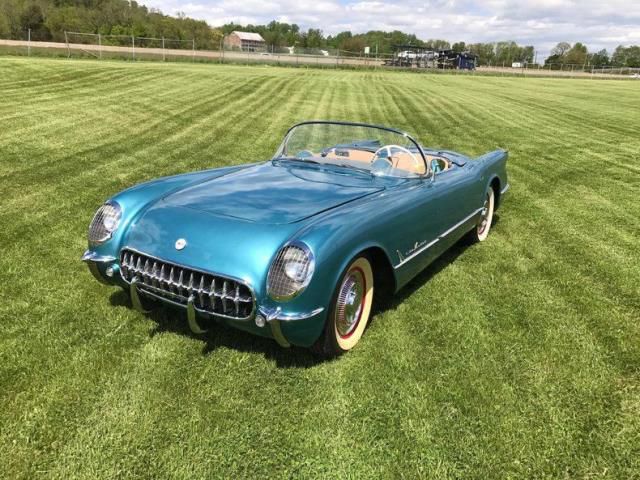 My eMail : arnie_court@aol.com This is your chance to own one of the great classic icons of the American road. This 1954 pennant blue beauty is available now. The restoration was done a few years ago and still shows like a true work of art. This sweet driver is equipped with 350 V-8. so she will move when you step on it. The transmission is a three speed automatic. When you pop the hood you will think it's a 1955. Everything looks just right with the V-8 including the Tach drive generator.. The full compliment of gauges are 12 volt. The fantastic interior is a beautiful beige and shows like new. The convertible top is almanac black. This vette is sporting a unique see through bubble top.