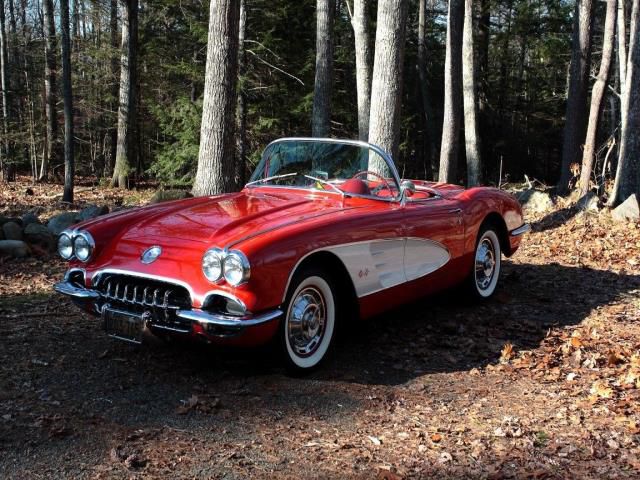 CONTACT ME AT : wernershwenn@aol.com Here Is A Beautiful 1959 Chevrolet Corvette Convertible. This Corvette UnderwentA Frame Off Restoration A Few Years Back, Frame Is Perfect. Original 283 With 4Speed Transmission. The Paint Has A Deep Rich Shine To It. Chrome And Trim AreIn Excellent Condition. I Would Give The Interior An 8.5 Out Of 10. Very Small Puncture Hole In Drivers Seat. Has A Brand New Top. All Gauges Are In Working Order. All Lights Are Working. She Runs, Drives, And Shifts As A Corvette Should, She Will Get Up And Go. The Car Is Just Gorgeous And Looks Just As GoodIn Person As It Does In The Pictures. Please Do Your Research, This Corvette Is Priced Right In Comparison To Others On The Market In This Condition. Mileage Unknown As Speedometer Has Been Replaced. Only A Couple Things Need Attention ToMake The Car Even Better.