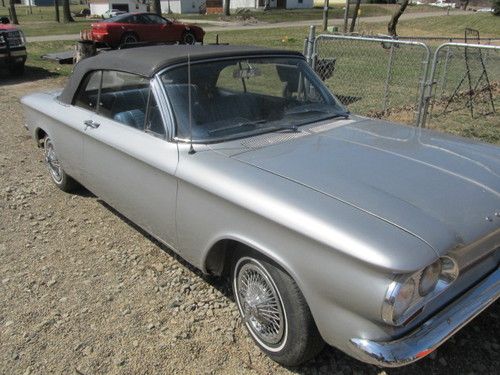 This is (No RESERVE)1964 chevy corvair convertible Monza 900 Numbers matching original mileage  60% Restored Have all lot of documentation and literature and manuals that come with it. Its a beautiful little car Car has too much too list $5000.00 vested in car in parts with all receipts. Call or texted for more info...574-527-4590 or 574-376-9878 anytime... For full details