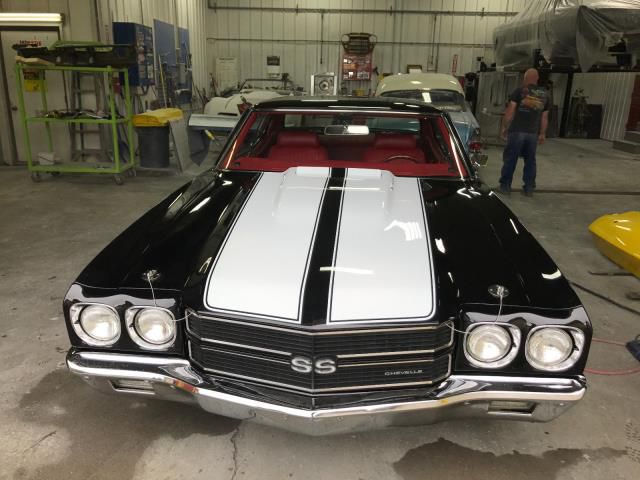 EMAIL : achterbergofaalex@vfemail.net I purchased this car years ago that was suppose to be an older restored car.When the car arrived, I noticed that there was some major rust areas in fenderwell, floor boards and doors. Frustrated, I decided to send it to a professional to have a frame off restoration I have $10 into the car now, and I am now looking to recoup some of that back. The restoration took over a year , it was done about 3 years ago. Below you can see many extras Here is a list of extras: Ridetech front coil over suspension with adjustable shocks Ridetech rear sway bars Willwood disc brakeall the way around new electrical harness throughout new dakota digital gauges Eddie Motorsports Pulley system, "S-Drive" Holley 4 barrel carb all new hoses,plugs and wires chrome engine dress kit new brake booster new A/C unit new alternator new electric engine cooling fan new custom exhaust newer Foose wheels(purchased these before restoration) Custom stereo system with flip up displayand GPS,