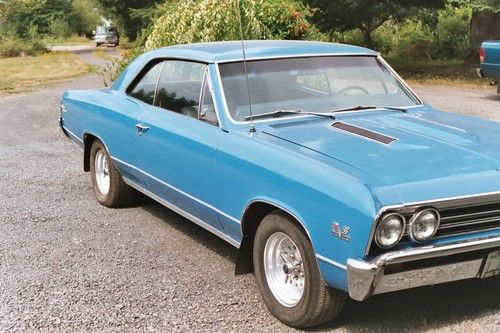 Condition: UsedA vehicle is considered used if it has been registered and issued a title. Used vehicles have had at least one previous owner. The condition of the exterior, interior and engine can vary depending on the vehicle's history. See the seller's listing for full details and description of any imperfections.Seller Notes:"Nice condition. Never wrecked. See photos, interior and exterior."

This is a true 1967 Chevelle Super Sport in nice condition.  Numbers match.  Never wrecked.  This car is about 90% original, including door panels, headliner, chrome valve covers, and SS hubcaps. The original bill of sale and owner’s manual are still in the glove compartment. The original rims go with the car.  Car is sold as is.  I'm happy to answer any questions.