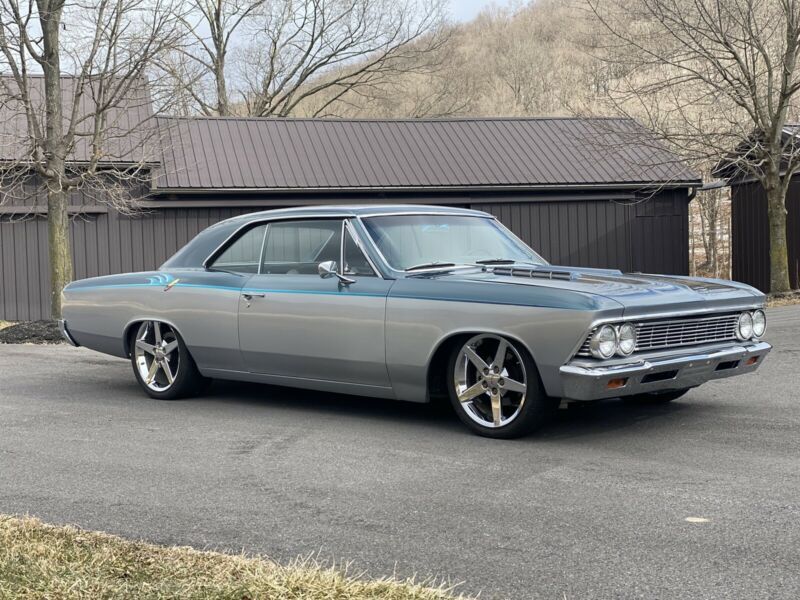 This 1966 Chevrolet Chevelle is an original with updates to the drivetrain.

1966 Chevrolet Chevelle Restomod! This car has a complete Corvette Chassis with a complete Corvette drive train.
This car has only 828 miles on it since it’s completion. The paint is show quality two tone paint on clean body!
All the chrome and stainless trim is either new or refurbished and is show quality! The wheels are original C6
corvette wheels and look great on this car. The interior is a custom interior and has been professionally done. The
car is turnkey and driving this car is real pleasure and head turner. The Interior is custom and is in excellent
condition. All the gauges and lights work good and this car has been driven and the bugs worked out.