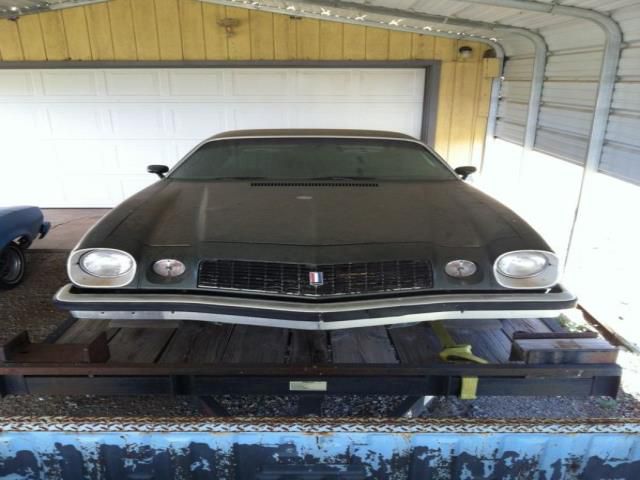 Greetings: You are looking at a 1974 Chevrolet Camaro Sport Coupe with a 350 V8 motor and turbo 350 automatic transmission. The car has power steering, power brakes, and air conditioning.