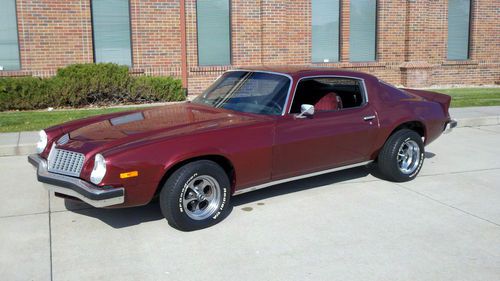 1974 Chevrolet Camaro, completely restored.  Less than 500 miles on restoration completed by GM Certified technicians.  New paint, interior, headliner, door panels, seats, 350 high output V-8 engine, transmission, stereo, tires and wheels. Would like to sell to a good home.  Over $18,000 in restoration and it shows! Willing to take a considerable loss to sell.  We are moving and need to sell.  Car is in Omaha, Nebraska in storage.