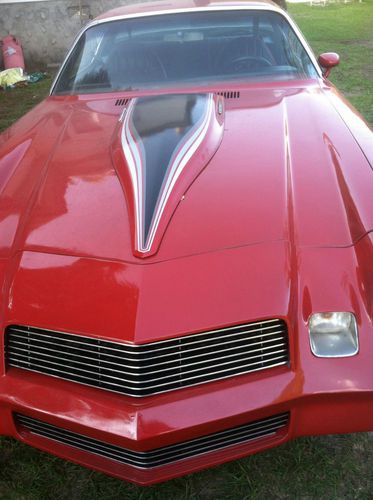 This car has new paint, newly rebuilt transmission, newly rebuilt engine, board 30 over.  It has new upholstery, carpet and headliner.  It has traction breakers and two sets of sets and rims (one chrome and one cast allumimum) with a set of trick tires.  Car has been painted cherry red with black and grey trim.  Has custom scoop hood to allow for oversize carberator.  It has black leather interior with customized red stitching and piping accent sin upholstery.   The location of the vehicle is in Smiths, Alabama and can negotiate a shipping price for elsewhere.