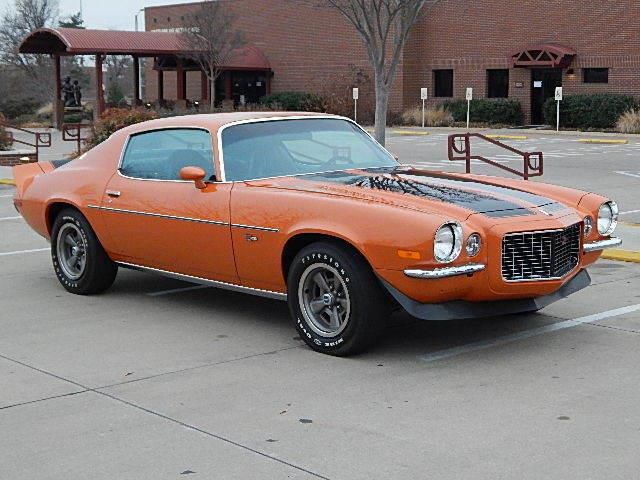 Send me questions at : barronia5watson@gmail.com

1973 Chevrolet Z/28 RS 4 Speed Matching Numbers Less Than 1000 Miles Since Rotisserie Numbers This Gorgeous Camaro belongs to a client of mine that is thinning the herd. He has put about 600 miles the entire time he has had it. At the time he procured this Z/28 he thought he would be keeping this car for a long time, so he added Vintage Air.  The original parts that were removed are with the car. The installer of the A/C unit had the compressor powder coated as to blend in with the pristine engine compartment. This Z28 was purchased at a large Scottsdale auction in 2012 for substantially more than the opening bid. This beautiful 1973 Z/28 RS, 4-speed car has received a body-off rotisserie restoration, refinished in is original color Code #97 Medium Orange with YF8 black stripes. This car has a completely rebuilt 350 CI small block Chevrolet engine mated to an M21 close-ratio 4-speed and a 3.73 posi-traction rear end. It has a stainless steel low restriction cross over exhaust system. Some of the factory options include tinted glass, sport mirrors, center console, front and rear spoilers, sport suspension, posi-traction, power steering, power brakes, close-ratio 4-speed, Z/28 wheels, tachometer, black sport stripes, style trim group package, RS package and Z/28 high performance package. No expense spared on this car. It has been stored in a climate controlled environment since he has owned it. This is a rust-free original sheet metal car.