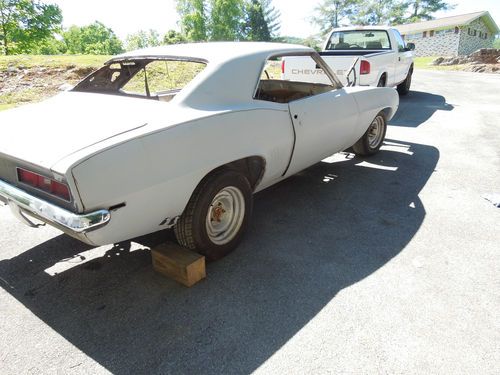 X55 WITH GOOD ROCKERS, FRAME RAILS, & SUB FRAME. FACTORY AIR CAR. NO INTERIOR. HAD A ROLL CAGE INSTALLED, WHICH I HAVE NOW REMOVED. I PLANNED ON FIXING THE CAR BUT DONT HAVE TIME. WOULD MAKE A REALLY NICE PROJECT.

I RESERVE RIGHT TO END AUCTION EARLY. VEHICLE IS SOLD AS IS. NO WARRANTY.