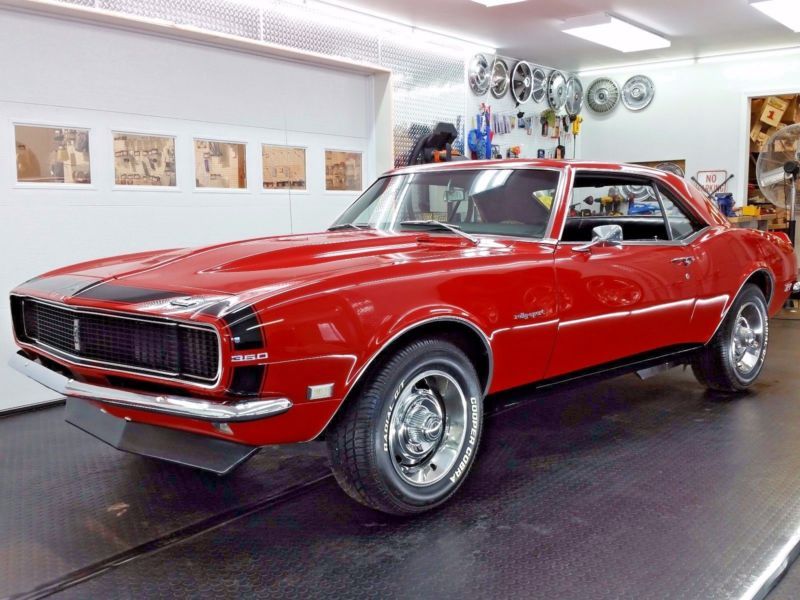 This is a Stunning 1968 Camaro RS! It has has great Body Lines and Red Paint shines. This is a very well
maintained car. The exterior is very nice with very few imperfections. This car was Restored 12 years ago and still
looks great. The Engine is a 350 Cu In with a 4 Speed Manual transmission. It starts and runs great. The frame is
rust free and there is no damage to the frame on this car. This Camaro RS has very nice Rally Wheels and they are
in great shape. The interior is Black looks very nice. The seats and dash is in great shape. Everything works on
this car (Lights Open and Close, gauges work, Speed O works, Tach works, Even the Clock works.