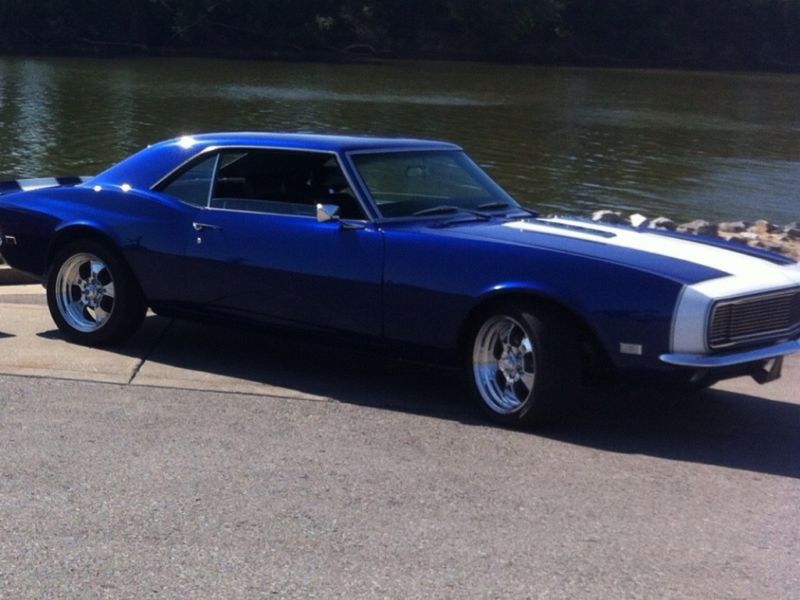 If you have any questions or would like to view the car in person please email me at: christinacddonavan@artfriend.com .

I purchased this professionally done 1968 Camaro after it was taken down to the bare metal and sub-frame and completely restore/mod to include the Engine, Transmission, Rear-End, and EVERYTHING ELSE. Vehicle has approximately 1,553 miles on it; Everything was re-done at the same time, so this essentially like a brand new car.

The motor is the original 327 built to 400 hp; it has the original camel hump heads, 194 valves, roller rockers, hydraulic retro crane cam, 11 to 1 compression, Edelbrock performance intake, and a demon carburetor. The rear-end is a 10 bolt with 373 gears. The transmission is a TH350 with a stage 2 trans go kit and a 3000 stall convertor.

Essentially, everything was either restored or replaced with new. This vehicle hasn't even been wet from washing since restoration; it is garage kept with a cover over it for added protection from dust.