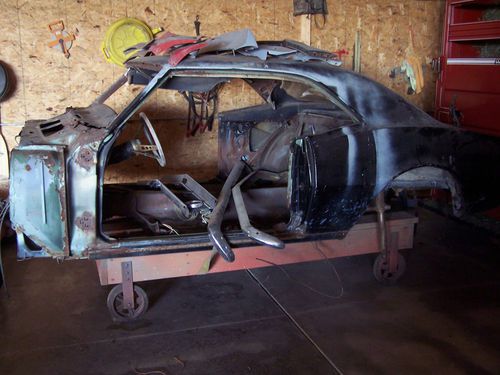 YOU ARE LOOKING AT A 1967 camaro project .  CAR HAS SUB FRAME, FENDERS , DOORS,DECK LID , NO REAR END WAS A 4 SPEED CAR V8, HAS NO INTERIOR BUT MANY GOOD PARTS CAR COULD BE FIXED BUT I JUST WANT IT OUT OF MY GARAGE WILL NOT SHIP UNLESS YOU WANT THE PART OF THE FIREWALL WITH VIN AND TRIM TAG I WILL CUT OF THE FIRE WALL AND SHIP THAT PART ALONG WITH A CLEAN INDIANA TITLE.  PERFECT IF WILL TAKE TRADE FOR SOMETHING LET ME KNOW