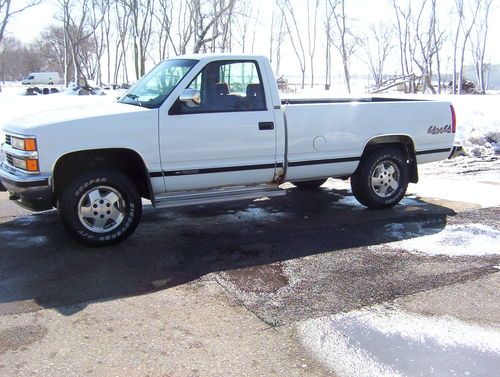 for auction is a 1994 chevy silverado 4x4 pickup runs and drive just fine it is a vortec v6 automatic. the motor has a noise when cold was told it is normal piston slap. it does get quieter when warmed up besides that everthing work as it should. pw. pl. ac. tilt. extiror has some normal rust the worst is cab corners. interior in in very good shape for the year. tires are fair shape. no reserve auction. miles will likely be higher as still driving it.  i am sure i left something out so email questions.