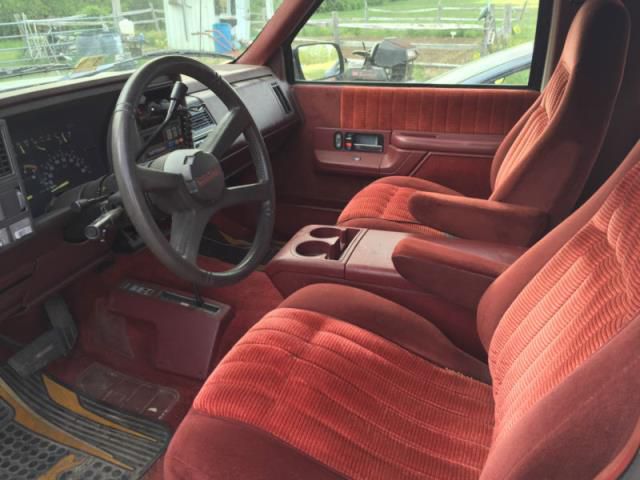 interior is showroom new, all original, burgundy cloth, automatic trans, power windows/seats, flawless carpet(no stains and nice and fluffy original) and headliner, upgraded pioneer stereo with speakers, low miles 124k, drives like a dream, never towed with or plowed, factory optional skid plates, New Exhaust, New Battery, POSI rear, Silverado package. 5.7v8, 4l60e overdrive trans, all original, beautiful engine compartment, great MPG!! The truck was painted once from sun fading. a few chips here and there from normal use, but looks great. It was painted in original color and can't be detected even close up. There was never any body work at all done on the truck, the original white paint is on the underside of the body, NO rust proofing anywhere to hide anything, the inner and outer rockers are perfect! Recent stainless muffler and new battery There has never been a tow hitch mounted or a snow plow. Frame inspection is proof, never towed never plowed!!!