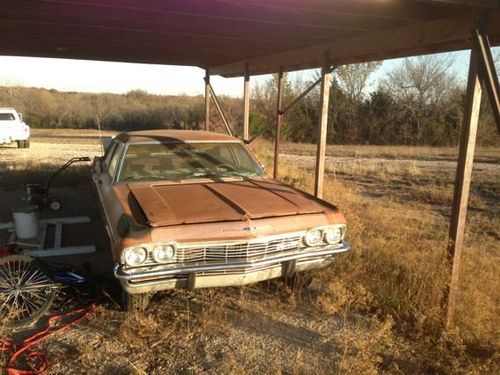 Condition: Used: A vehicle is considered used if it has been registered and issued a title. Used vehicles have had at least one previous owner. The condition of the exterior, interior and engine can vary depending on the vehicle's history. See the seller's listing for full details and description of any imperfections. ...
1965 Chevy Bel Air
This 65 bel air is all original and has 39k miles. It has been in sun and the interior pretty shot.
Motor started and ran till starter went out. Has 283 V8 & matching numbers with 2 speed power glide new tires new belts and plugs wires etc. It needs a starter and mufflers.
If you have any questions, please send me an email.