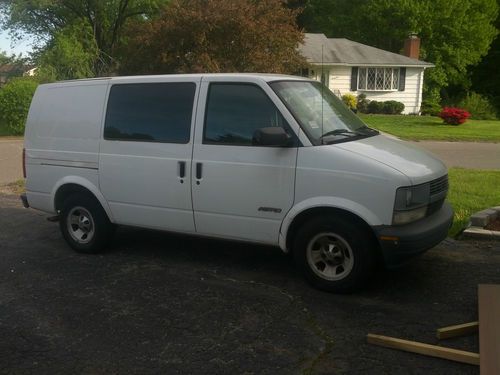 My dad gave me this van and I don't want it so Im selling it.

the transmission has 42.6k on it. I do not know when it was replaced.

It has a new fuel pump.

the driver door handle is broken on the outside and the inside one sometimes will not release the door. I have a new exterior handle but you must remove the latch assy. to replace it. some of the interior door panel is removed or missing. the cargo area has no panels only a rug.

the grill is cracked and there are a few minor dents all around.

there is some duct tape on the upper corner of the windshield inside and outside. I have no idea why its there.

the rear tires are decent, the fronts are not so great but are not bald. the brakes are good

one of the exhaust flanges is safety wired together and leaks

message me thru Ebay if you need more info or would like to look in person.