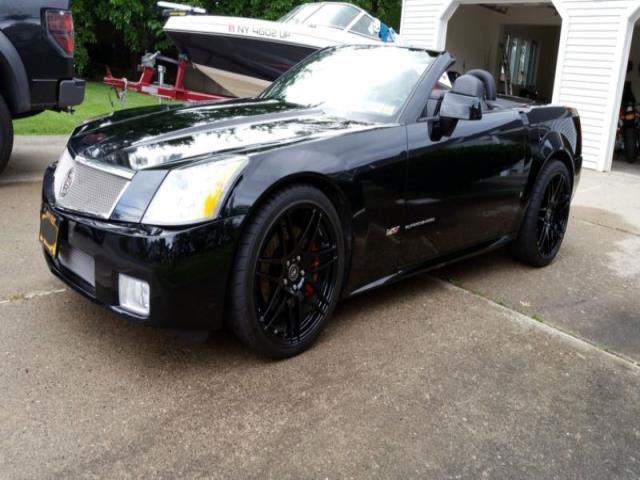 Beautiful 2007 XLR-V BLACK/BLACK --- Clean Title In Hand! Believed by many to soon to be highly collectible.Only 2,188 total XLR-Vs were ever produced (xlr-net.com).And, supposedly, less than 500 of those were Black on Black NADA VALUEClean Retail = $38,225Clean Trade-In = $34,175 KBB VALUE Good Condition = $35,345Very Good Condition = $36,789 (I'd rate this a solid Very Good Condition to Excellent Condition)Excellent Condition MY LOSS IS YOUR GAIN. 443HP Supercharged V8 Adult Driven - Very Well Maintained - Never Abused - Non-Smoker Regularly Serviced - Mobile 1 Full Synthetic and 93 Octane Fuel ALWAYS Custom Made 20" ForgeStar Wheels Aside from wheels/tires, painting the brake calipers and installing a K&N air filter, NO OTHER MODIFICATIONS have been made. Unmolested! Few Minor Imperfections Due to Normal Wear and Tear. I should mention that while washing the car the other day I noticed I apparently picked up a few specs of road paint somewhere on the front end and hood.