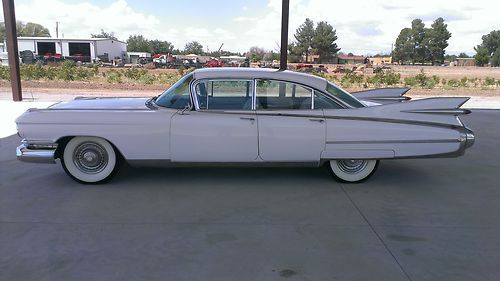 We bought this 59 cadillac about 17 years ago and been restoring it ever since, its been warehoused all the time, the paint is about 7 years old, upholstery is 5 years old, tiers 4 years old, engine been overhauled 4 years ago approximate 400 miles on it , there's a picture of the cylinder, also engine and tranny seal kit was done last week, new belts, plugs, oil and tranny filters new ,new wires distributor cap, had the heater checked and it leaked on the carpet also a pic of that, also ,breaks worked on and lines bled ,new generator, also exhust done 4 years ago , if u have more questions e mail me at ijr_pena@yahoo.com