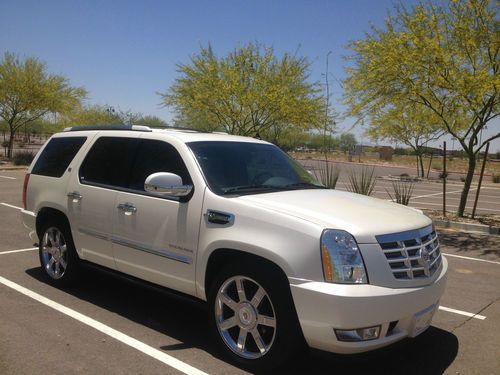 2012 Cadillac Escalade Hybrid 4x4 in excellent condition.Has all options just like a Premium level on the regular Escalades.

No accidents,no damages, not even a ding.
21 to 22 average gas mileage also with regular gas.Only the Hybrid.
Free and clear title with no liens.
I'm asking a very fair price compared with KBB Values:
KBB Private party Excellent condition:$65980
Very good condition:$64580
Good condition:$62780
Guaranteed you won't be disappointed.
We are located in Sun city AZ,Phoenix metro area.
If you have any questions please email or call:602.312.6809
Thank you!