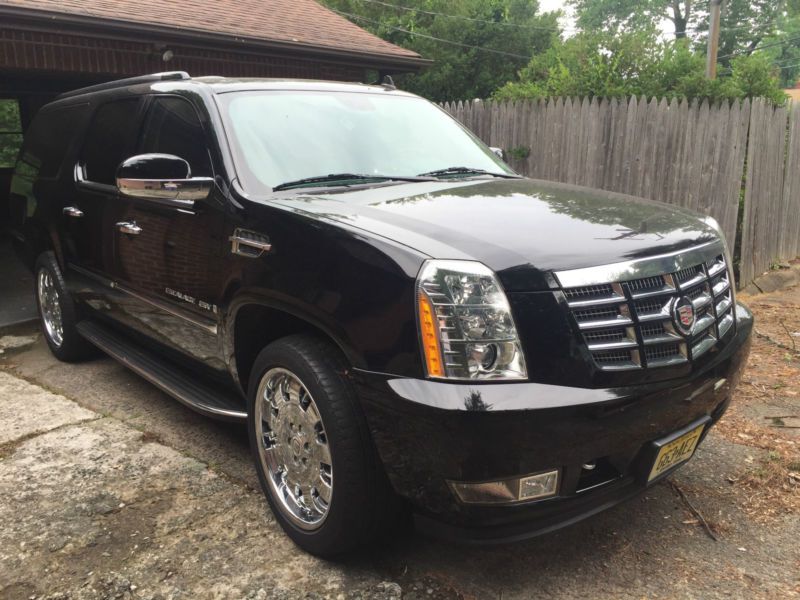 Feel free to email: richardrsstankiewicz@ukforum.com .
For sale is our privately owned 2009 escalade. We have owned this vehicle since 2011 and was used for long trips.
It has always been serviced by cadillac of Manhattan and Englewood cliffs. We are selling it because we just bought
a 2015 escalade.
Everything works excellent on this SUV. we had installed an aftermarket 13 inch DVD player because the factory
screen is way too small to watch movies. It also has been jail broken to watch movies on the front navigation
display. We also upgraded it with DUB 22 inch wheels. The tires show wear and must be replaced.
There are small nicks and scratches on the front bumper. No accidents. Interior is very clean. there are no stains
or wear signs. ( did not allow my kids to eat like pigs in the car)