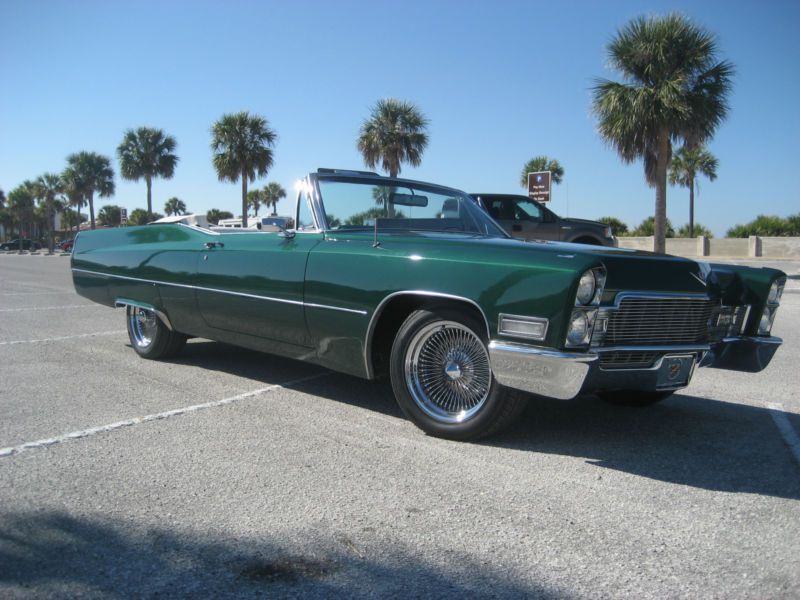 Please message me with questions at: calvinmuran@netzero.net .

1968 Cadillac Deville Convertible
This beautiful car speaks for itself.
Every aspect of this car has had attention to make it new or like new.
The body was taken off the frame and body imperfections were repaired. While the body was off, the frame was
thoroughly cleaned and painted.
The brake and fuel lines were replaced.
All body mounts bushings were replaced.
The engine and Transmission were inspected and refreshed as needed.
All rubber seals for the top, doors and trunk were replaced.
The front disc brakes and rear brakes were overhauled.
As a result of these efforts the car rides and drives like new and would be trouble free on any trip.