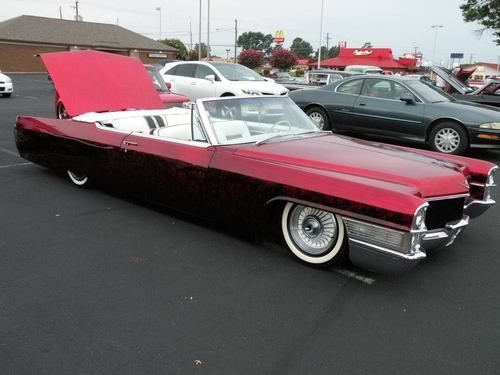 Condition: UsedA vehicle is considered used if it has been registered and issued a title. Used vehicles have had at least one previous owner. The condition of the exterior, interior and engine can vary depending on the vehicle's history. See the seller's listing for full details and description of any imperfections.Seller Notes:"NEEDS A TOP"

1965 Cadillac deville convertible custom this is full show it has need in a number of magazines and a show winner.. everything is custom from the paint to airbrush to interior to the motor,trunk and airbags system ...new 429 motor, all windows work, custom trunk (ONLY THING IT NEEDS IS A TOP)has been garage kept from day one ...if you have any question ask if wanting more pics or info call or email car i ready to go...