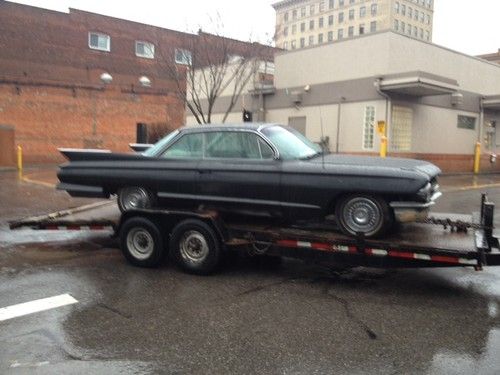 this is a 1961 two door  looks looks like a bubble top will make  for nice hot  rod , very decent car has most all of its original parts motor is good but needs a set of points put in to run  car is very solid ,it has a few rust spots in the floor pans  i can tell there has been some body work and painted it black ot the best paint job looks like they did it themselfs paint is a 12 fter     all together would make a great fixer upper my dream was to put air ride and custom paint just dont have the time and to many  projects might be intrested in a trade call for more info or pics 330 651 749seven