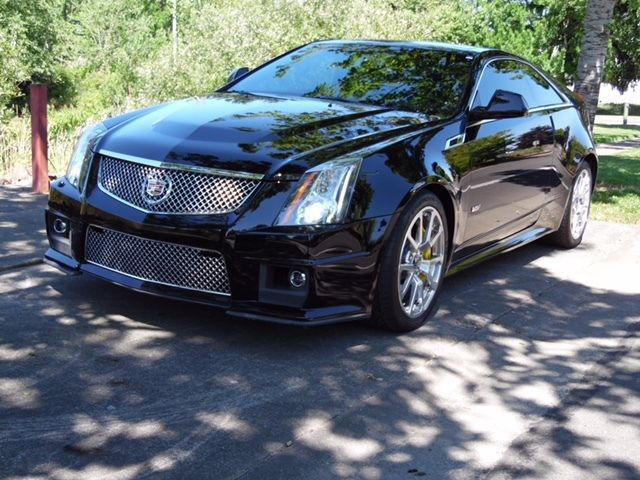 Feel free to email: donnierizzardi@chef.net . 2011 CADILLAC CTS-V SUPERCHARGED LSA 6.2 MOTOR, 556HP, AUTOMATIC, ONLY 33K MILES ,BLACK LEATHER, LOADED WITH SUN
ROOF, NAV, BACK UP CAMERA, REAR PARKING SENSORS, CD PLAYER, HANDS FREE CALLING, SATELLITE RADIO, HEATED SEATS, BI
XENON PROJECTOR HEADLIGHTS, POLISHED WHEELS, YELLOW BRAKE CALIPERS. AFTERMARKET INTAKE AND EXHAUST. I AM ONLY
SELLING BECAUSE THE WIFE WANTS ME TO SELL SOME OF MY TOYS. (SEE OTHER AUCTIONS) I AM A EXTREMELY DETAILED CAR GUY
AND THIS THING HAS BEEN PAMPERED. CAR WAS ORIGINALLY FROM FLORIDA, I AM THE SECOND OWNER. TIRES ARE ABOUT 65% AND
SAME FOR BRAKES, DETAILED REGULARLY, NO SCRATCHES OR DENTS ON THE CAR. IMMACULATE.