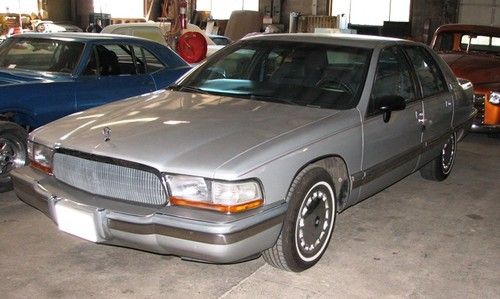 Condition: UsedA vehicle is considered used if it has been registered and issued a title. Used vehicles have had at least one previous owner. The condition of the exterior, interior and engine can vary depending on the vehicle's history. See the seller's listing for full details and description of any imperfections.Seller Notes:"Small dent in trunk lid seen in pictures. It was smoked in, but not much odor anymore. Keyless entry key ring needs to be fixed. Some minor scratches. It's in very good condition."

This thing is in really good shape. It only has 62681 original miles. This is the limited executive edition. Owned by one family. Comes with a folder of all maintenance since purchase. Also has purchase tags and paperwork. Check out more pictures at https://skydrive.live.com/?cid=6c72786ebf517b41&id=6C72786EBF517B41%211400&Bsrc=Share&Bpub=SDX.SkyDrive&sc=Photos&authkey=!AmrmhR6jvEiOtw0

Never wrecked. It was smoked in, but there isn't much odor left. Remote keyless entry key ring needs to be replaced. Small dent in trunk lid. No rust.

Paypal is preferred for final payment.